Guide to a Township Council Meeting 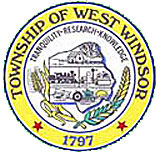 WELCOME
Welcome to a West Windsor Township Council meeting. This brochure has been prepared to help you share your ideas and concerns with the Township Council and to explain how the meeting agenda operates.

COUNCIL AUTHORITY
The five-member Township Council is the legislative body of municipal government. As such the Council is responsible for enacting our local ordinances (laws), adopting the budget, and setting Council policy through the passage of resolutions. The Council President chairs the meetings.

SETTING THE MEETING AGENDA
The agenda is prepared by the Council President and the Township Clerk with items proposed by the Township Council and the Administration. Prior to the meeting, the agenda is posted in the municipal building and on the web site and mailed to those who request it.

When addressing the Council, the Council requests that the public observe the following procedures to ensure that every citizen is treated courteously and has an opportunity to speak:

ORDER OF THE AGENDA
The list below indicates the order followed by the Township Council during the Business Meeting.

THE THREE TYPES OF COUNCIL MEETINGS
The Council carries out their duties at public meetings. There are three types of Council meetings each of which has a different function and varies in its degree of public access and participation.

TOWNSHIP COUNCIL HISTORY AND ORGANIZATION West Windsor Township was established by an Act of the N.J. legislature on Feb. 9, 1797 and the Township was governed by a Township Committee which had both executive & legislative authority until 1993. In November of 1992 West Windsor residents voted to change their form of government from a Township Committee to a Mayor-Council form. The new government was elected in May of 1993 and took office July 1, 1993.

In the new Mayor-Council form of government the Mayor and Council function as independent branches of government. The Mayor is the Chief Executive of the Township and heads its Administration. The Mayor can choose to attend or not attend Council meetings.

The Council is the legislative branch. The five members of the Township Council are elected on a non-partisan basis for four-year, staggered terms. At the annual organizational meeting held during the first week of January of each year, the Council elects a President and Vice President to serve for one-year terms.